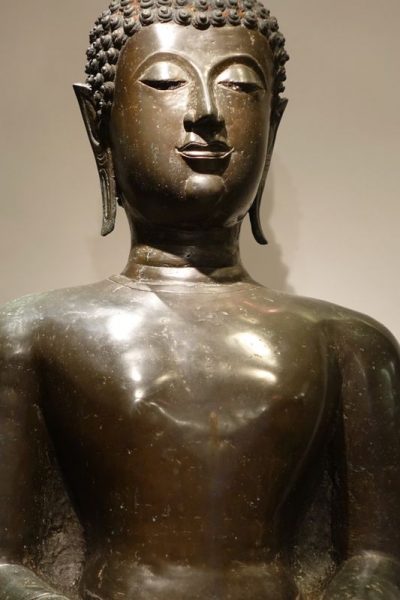 Huge Buddha standing in the Varada position, or gesture of donation.
Hands open and offered, this gesture is that of giving, of charity, of widespread favors.
This gesture is attributed to the Bodhisattva (in Hinayana Buddhism, he is a Buddha before he has attained enlightenment; in Mahayana Buddhism, he is the one who has vowed to follow the path indicated by Shakyamuni Buddha, before becoming himself a Buddha who has attained his final enlightenment).
Lanna (or Chiang Saen) style, Northern Thailand, 19th c.
Bronze, traces of lacquer and gilt in the curls of the headdress 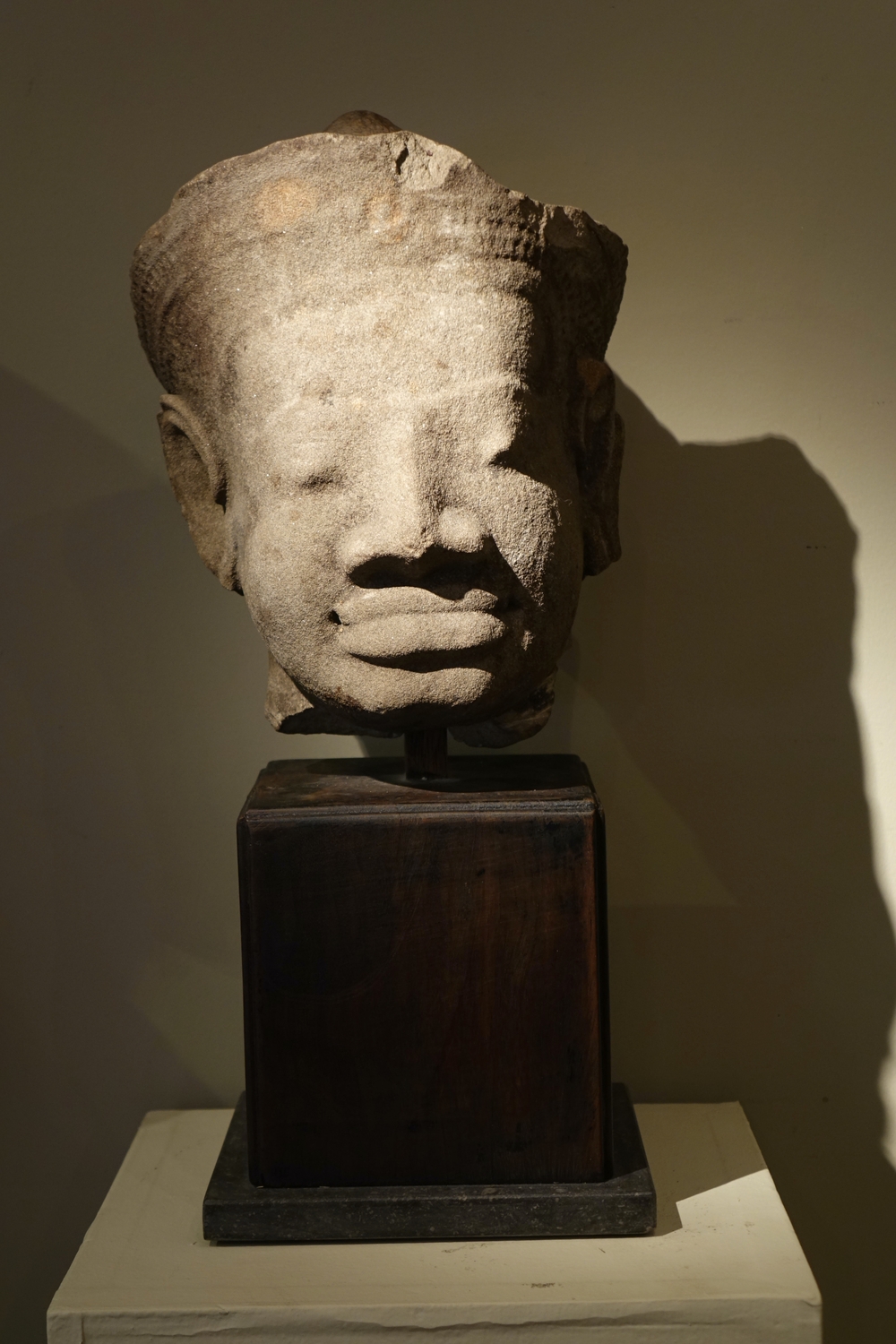 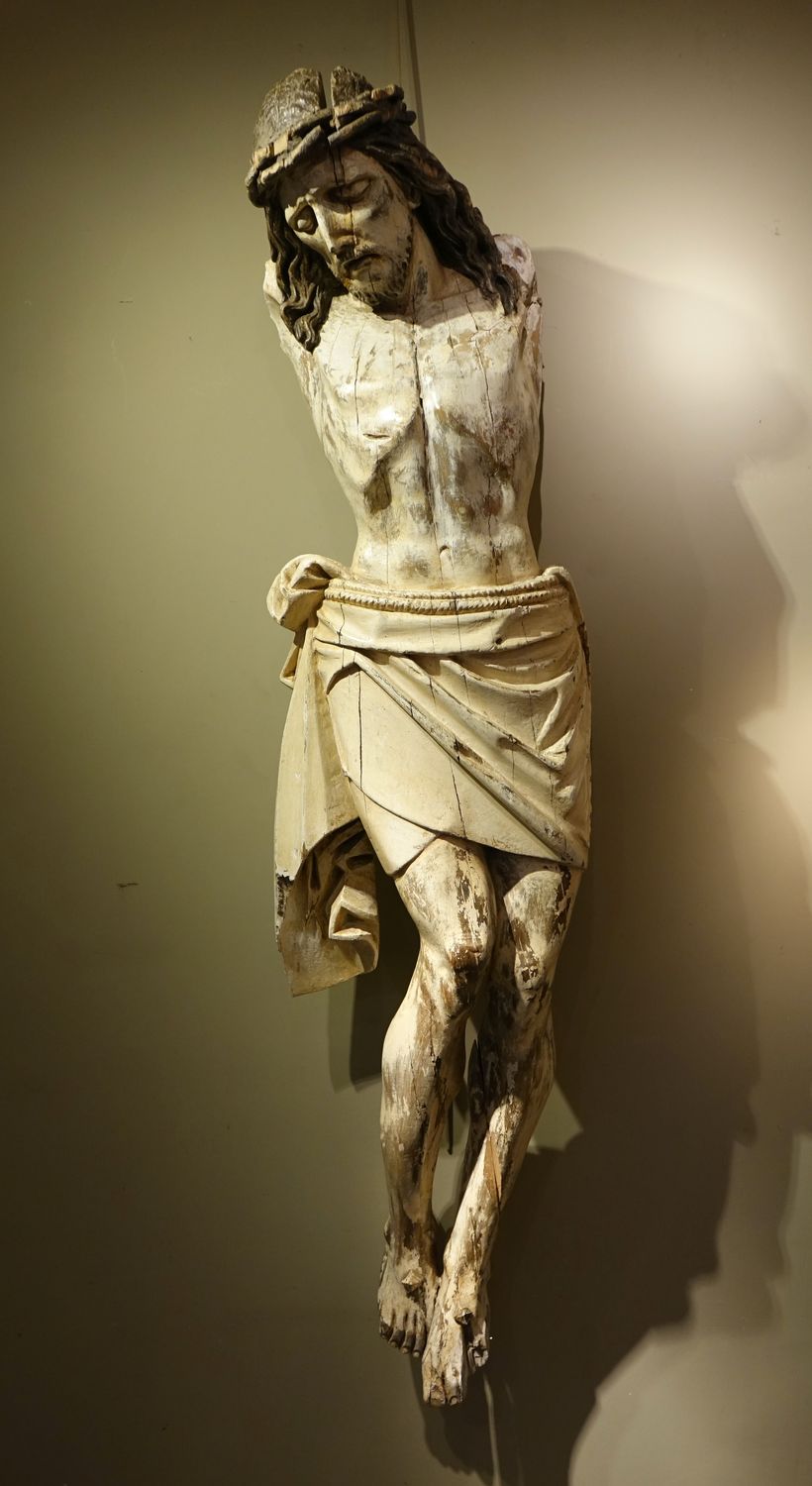 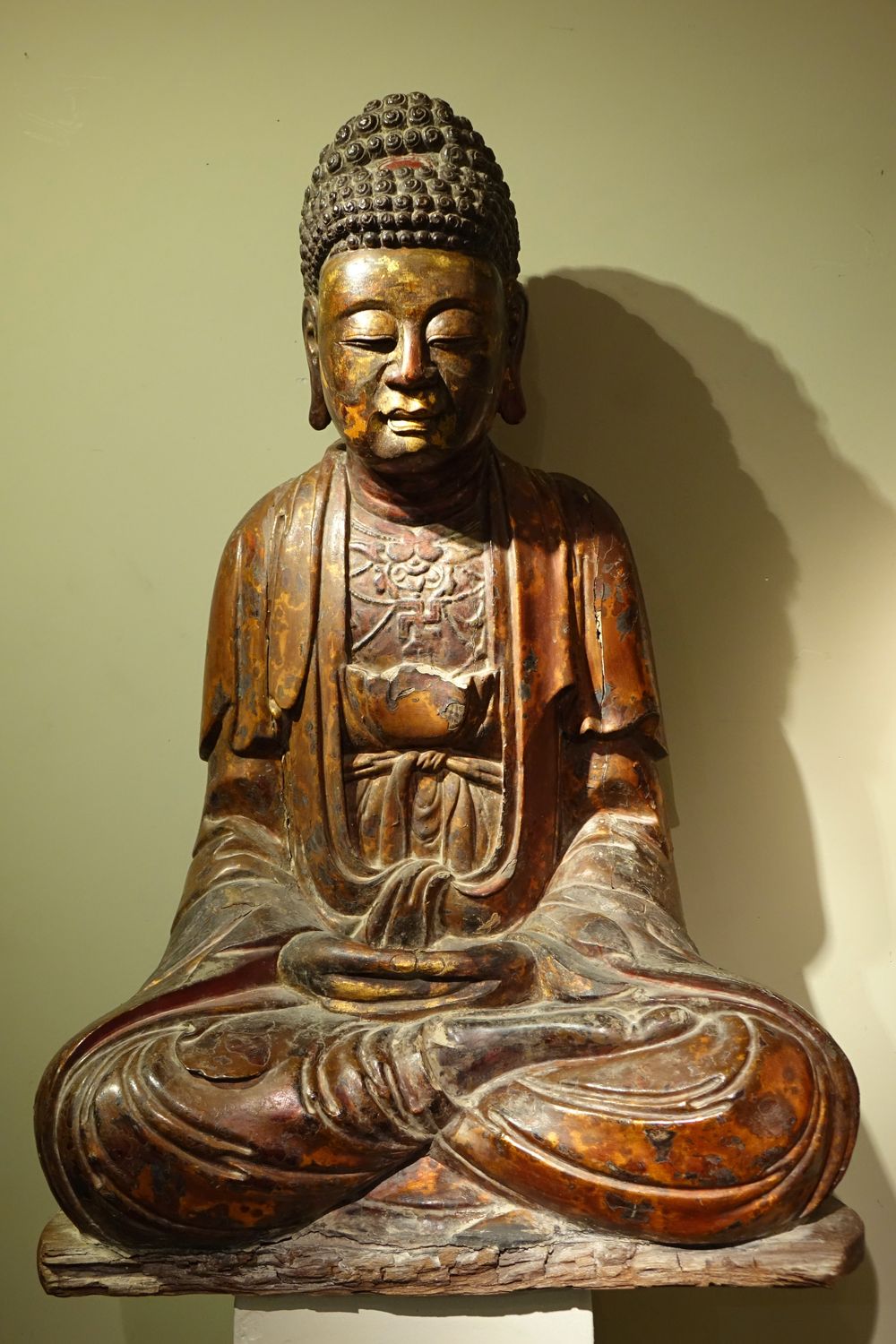 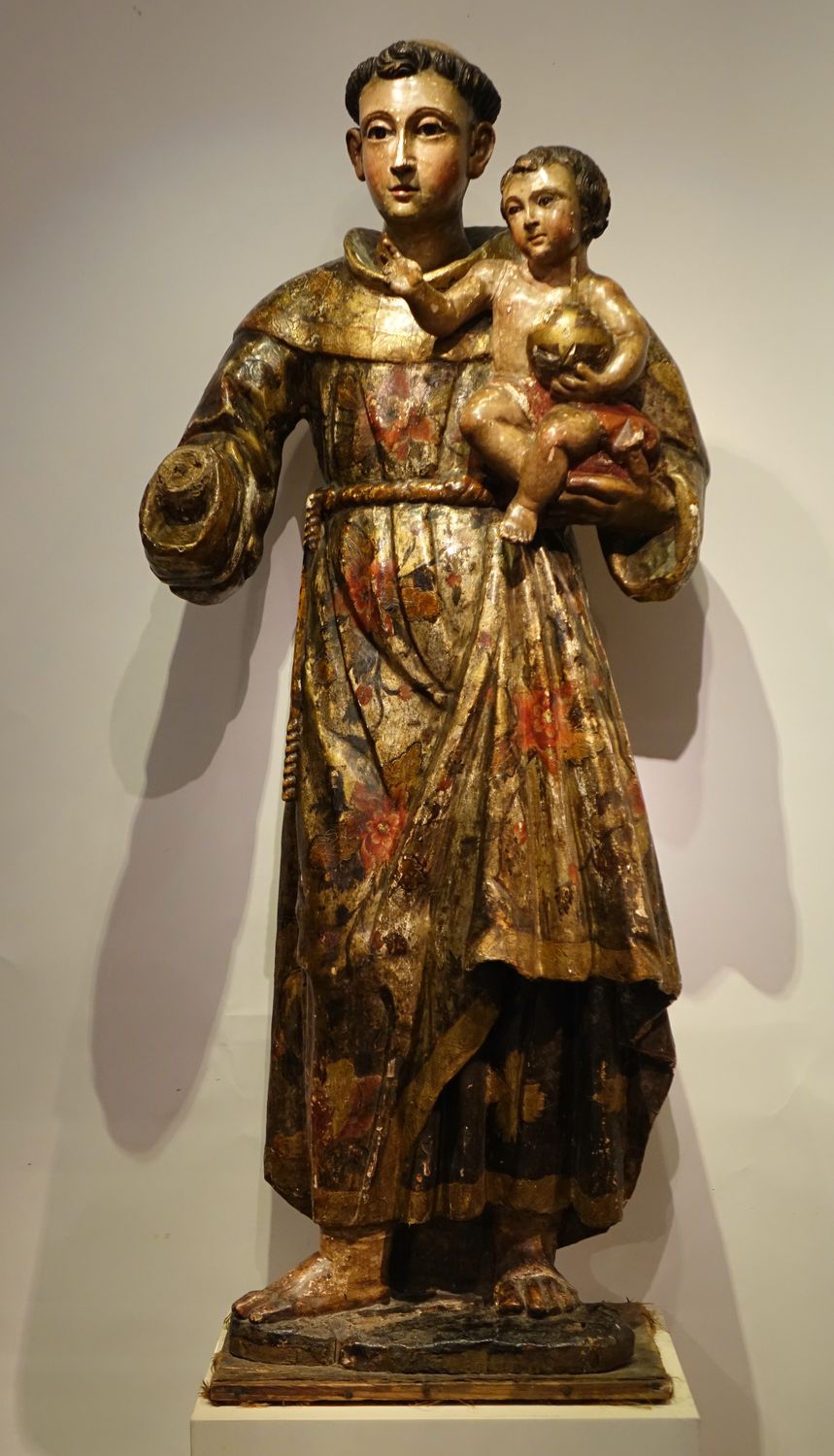