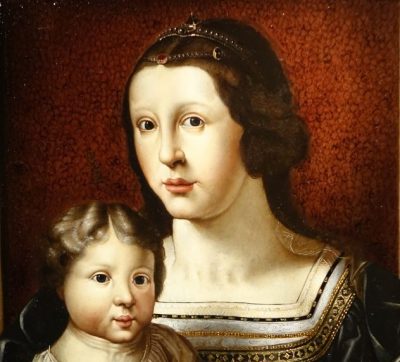 Oil on copper representing the Virgin and the Child holding a string of glass beads.
The Christ Child is represented here practically adult in appearance, conscious of his role as Savior. The resemblance with her mother, with her worried eyes, is striking here, which is not always the case.
This copper is a version of Jan Gossaert’s painting, known as Jean de Maubeuge ,or Mabuse (1478-1536), lost, a replica of which, probably the best, can be found at the Metropolitan Museum in New York (inv. 17.190.17).
In 1694, K. van Mander wrote that Gossaert, while in the service of Adolphe de Bourgogne, Marquis de Veere, painted the portrait of the Marquise Anne de Glymes et de Borghes, and his son Henri, in the guise of the Virgin and the Child Jesus.
Jan Gossaert, a Flemish artist in the mannerist style, was a precursor of the “Italianizing style of Antwerp”, but his influence was not very important in his time, but rather marked the following generations throughout the 17th and 18th centuries. to Italy and the southern Netherlands.
Oil on copper ,well preserved, with trace of signature and date in the trompe-l’oeil frame: Ph. de… 1..47 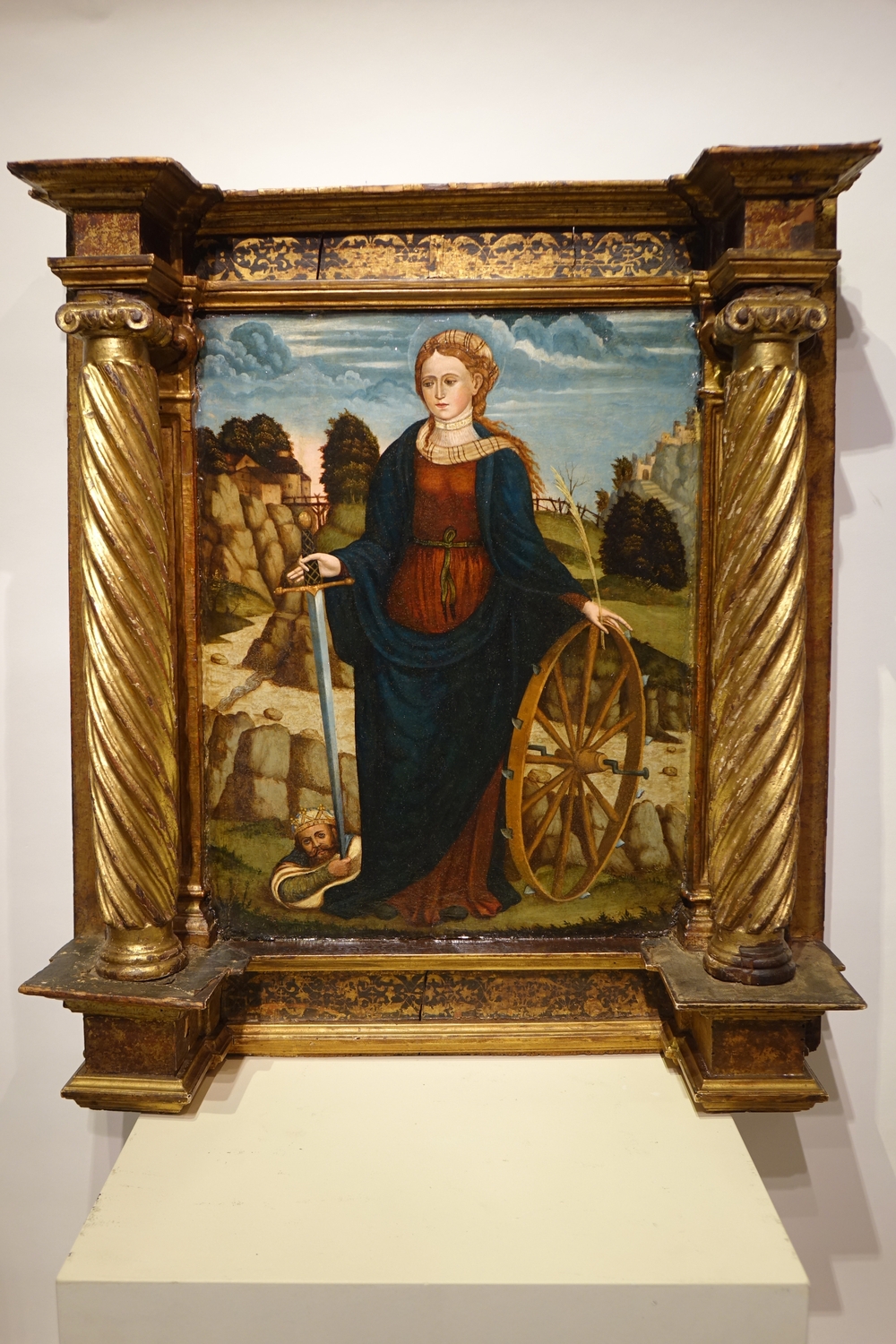 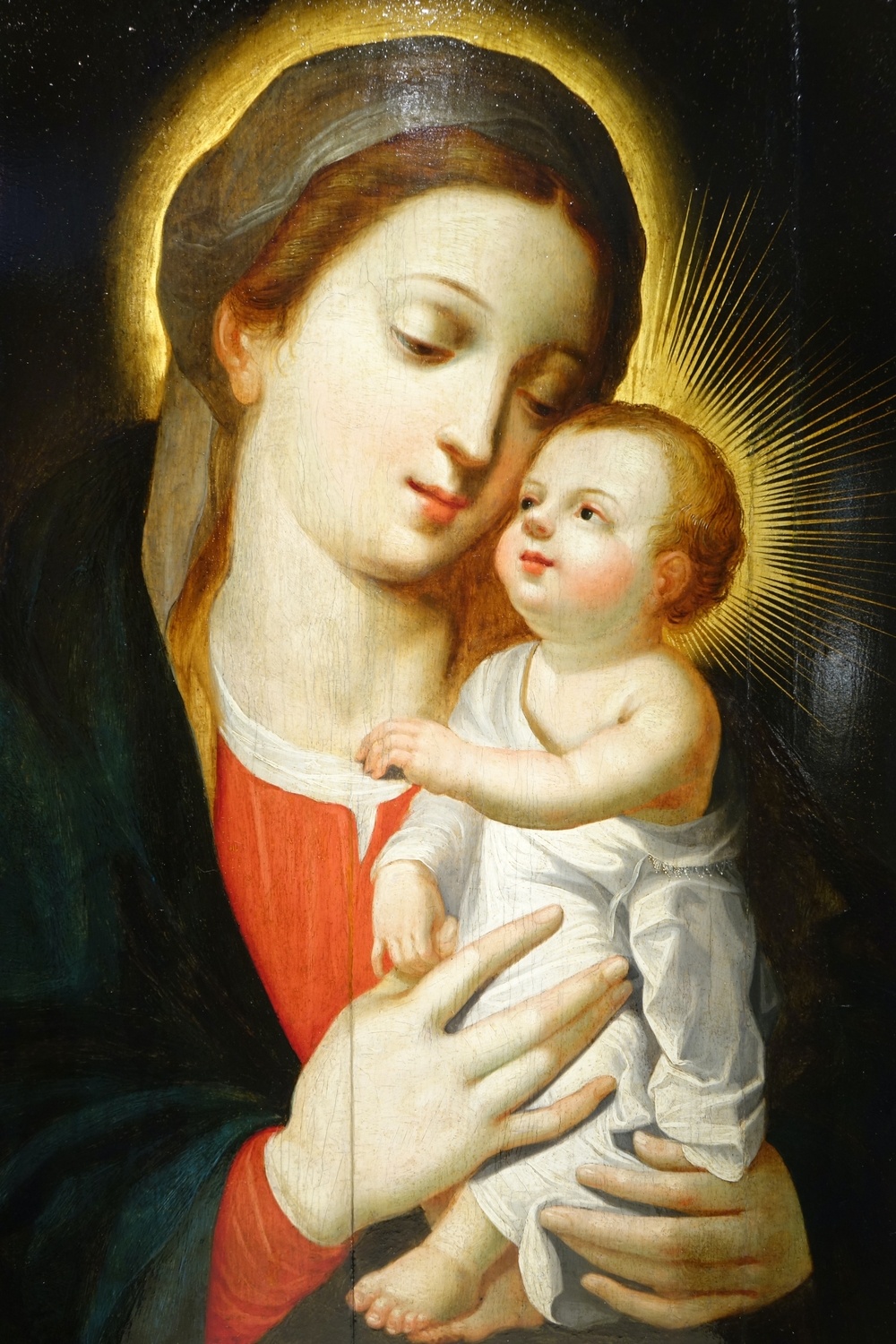 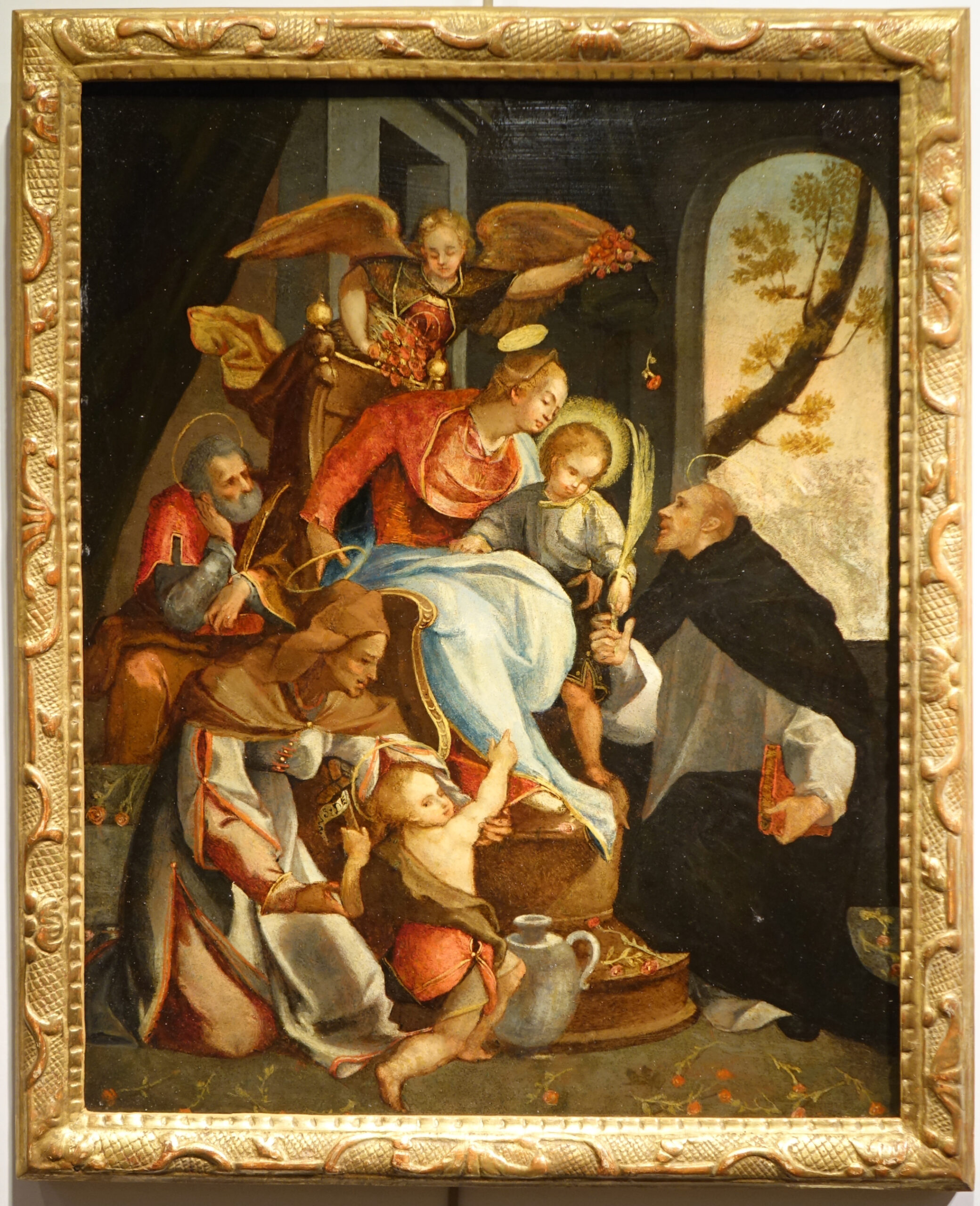