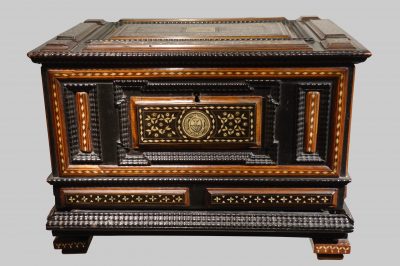 Small chest with top flap and drawer hidden in the base, in darkened wood and fruit wood, crafted “a certosina”.
Three ivory plaques: one decorated with an armored coat of arms to be determined on the front, another on top representing a fight between two children, and another at the back (very elaborate, which is rather uncommon) decorated with a scene of loyalty to a king sitting on a throne, with what seems to be a tomb (of Christ?).
A drawer is hidden in the plinth.
Four square-section legs support the ensemble.
The interior was then covered with green fabric and the fittings of the flap were polished.
No keys
Very nice ensemble
Venice, end of the 16th century. 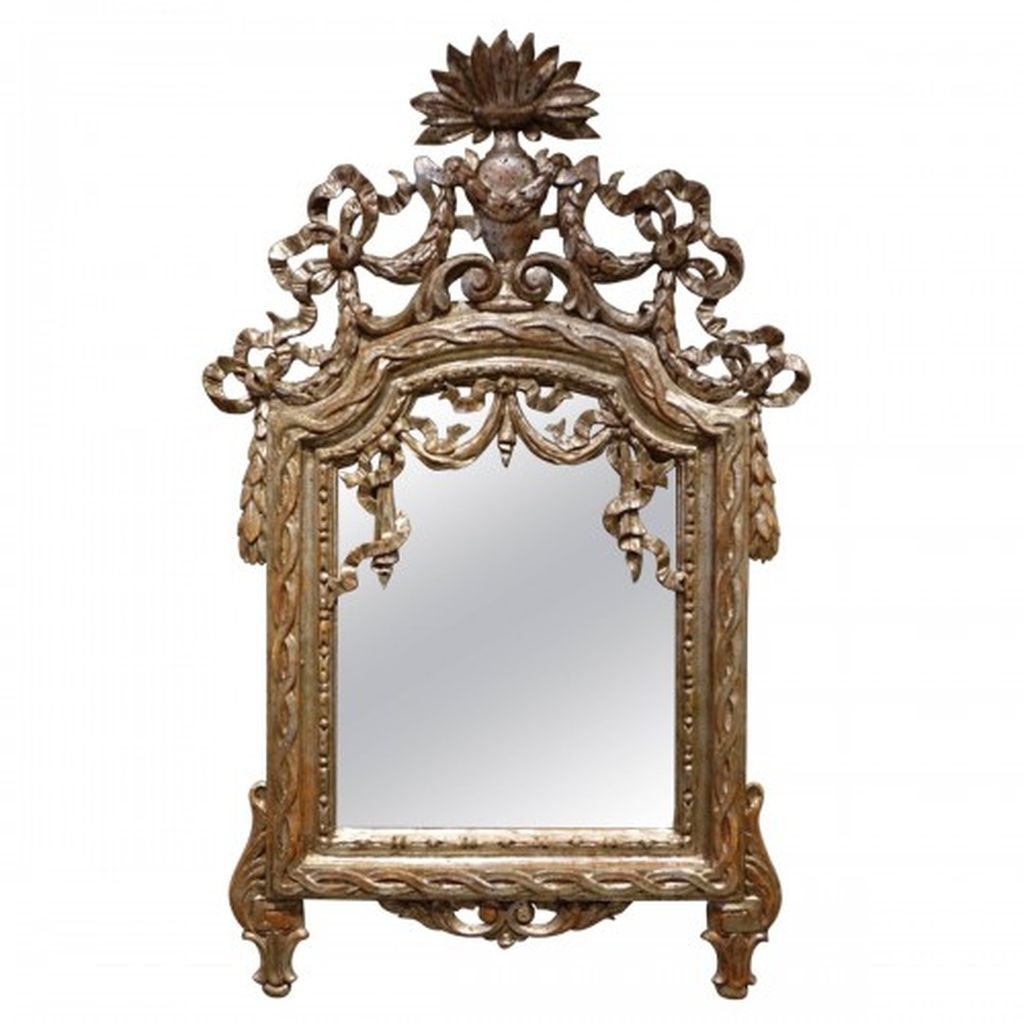 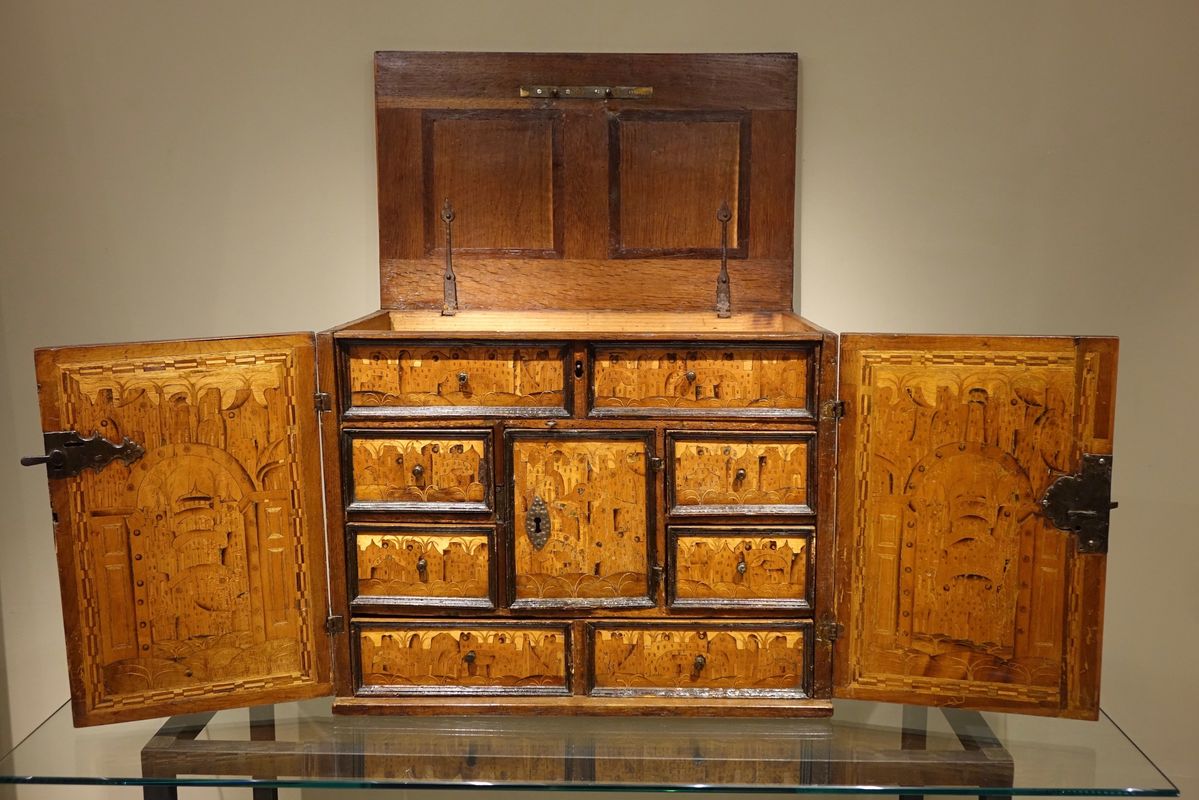 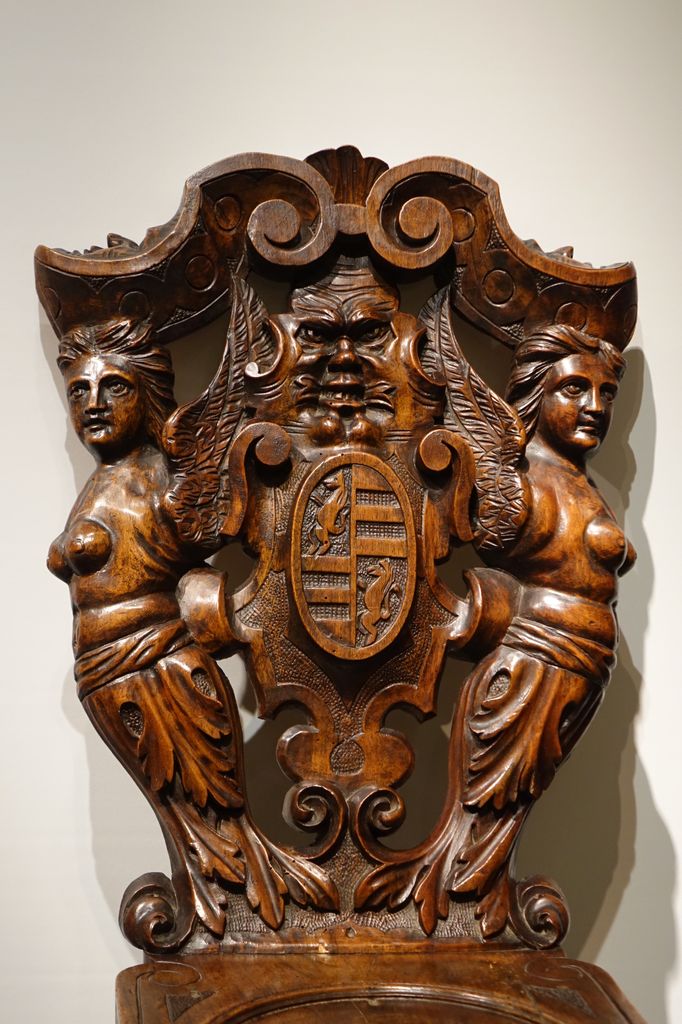