Large porcelain plate, with frame in Huali wood(?), representing an allegation scene, or a scene of departure for war, of an army, at the foot of its emperor, surrounded by his court, in a rich architectural setting.
Yingcai” green family porcelain
The Ming had already started the production of porcelain with many shades of colour, the “wucai”. From this advance, a new type of polychrome porcelain, the “green family” (yingcai), appeared during the reign of Kangxi at the beginning of the Qing Dynasty.
The “green family”, as Albert Jacquemart called it in the 19th century, differed in particular from the wucai of the Ming period by the disappearance of turquoise blue and the appearance of a lavender-like glaze. There is also red from iron, violet from manganese, yellow from titanium, and a very rich palette of greens, including up to eight different shades.
Probably from the Jingdezhen imperial furnaces.
Fracture, invisible restoration. 79×53 with frame 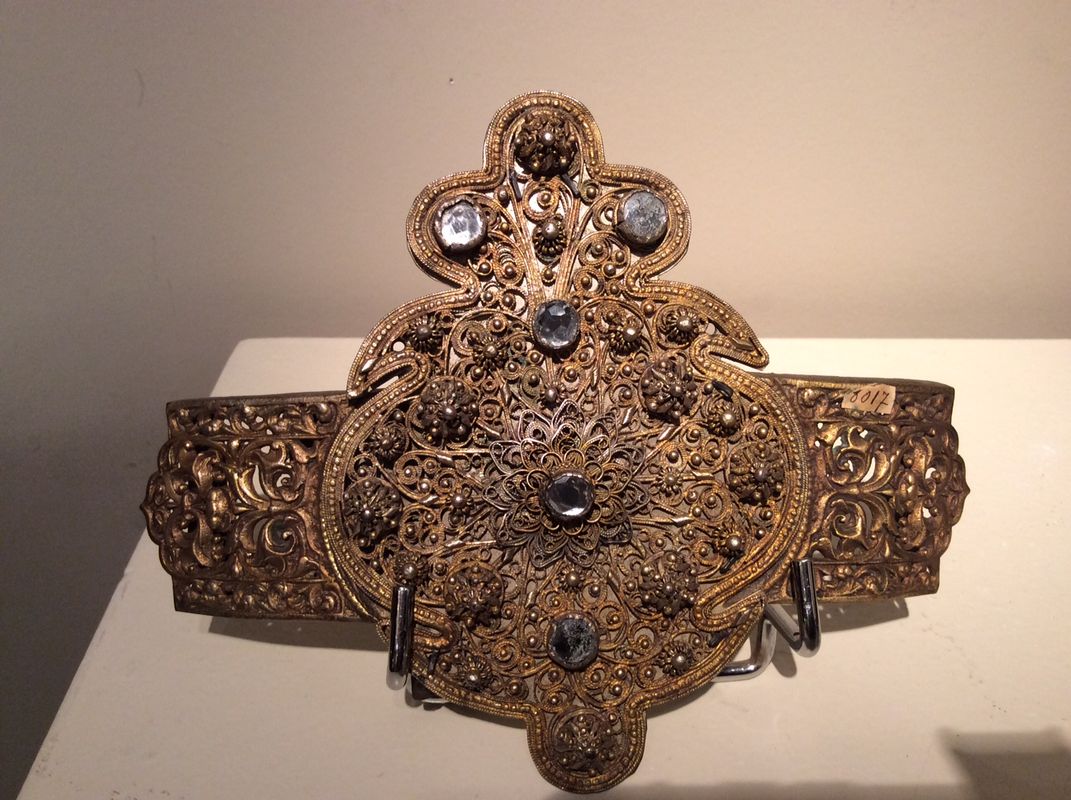 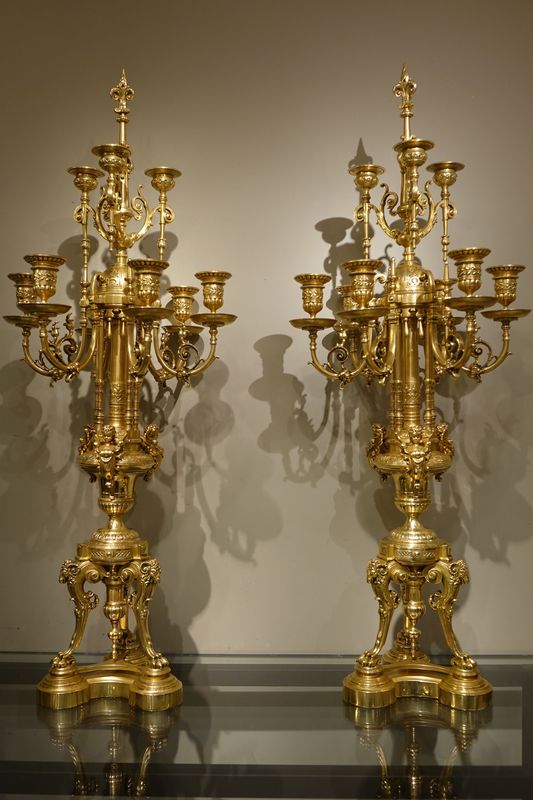 A pair of Porcelaine bottles France circa 1850 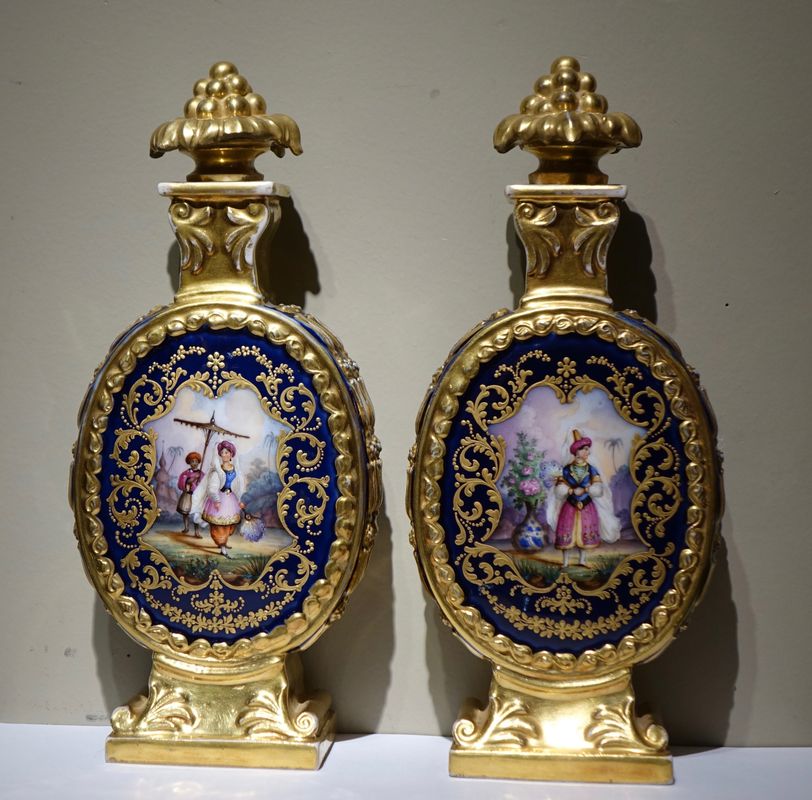 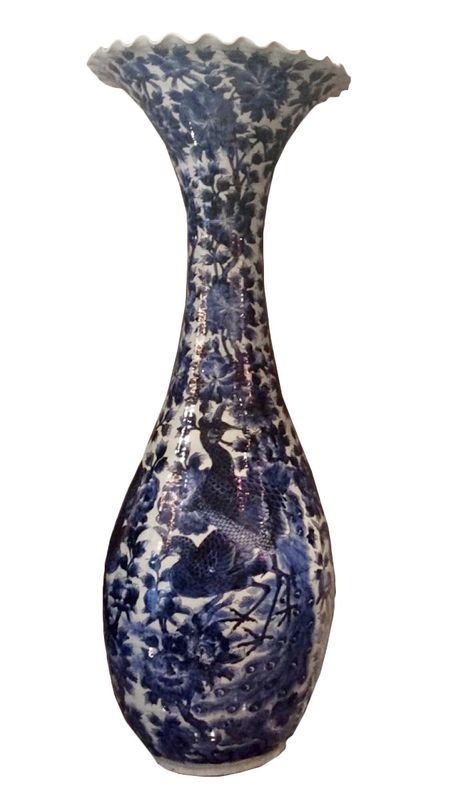