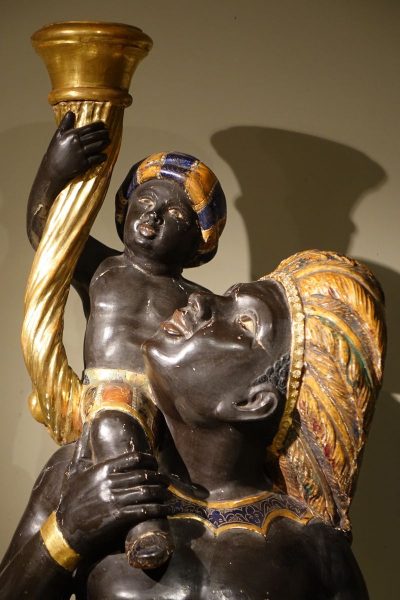 Pair of carved and polychrome sculpted wooden torchbearers.Essentially produced in Venice, these decorative objects with the themes of exoticism and everything that came from the Far East, then from America and Asia, were in vogue in the West from the 18th century until the end of the 19th century.
Note the presence of a child enturbanned on the shoulder and headdresses rather inspired by the Indians of America.
19th century Venice. 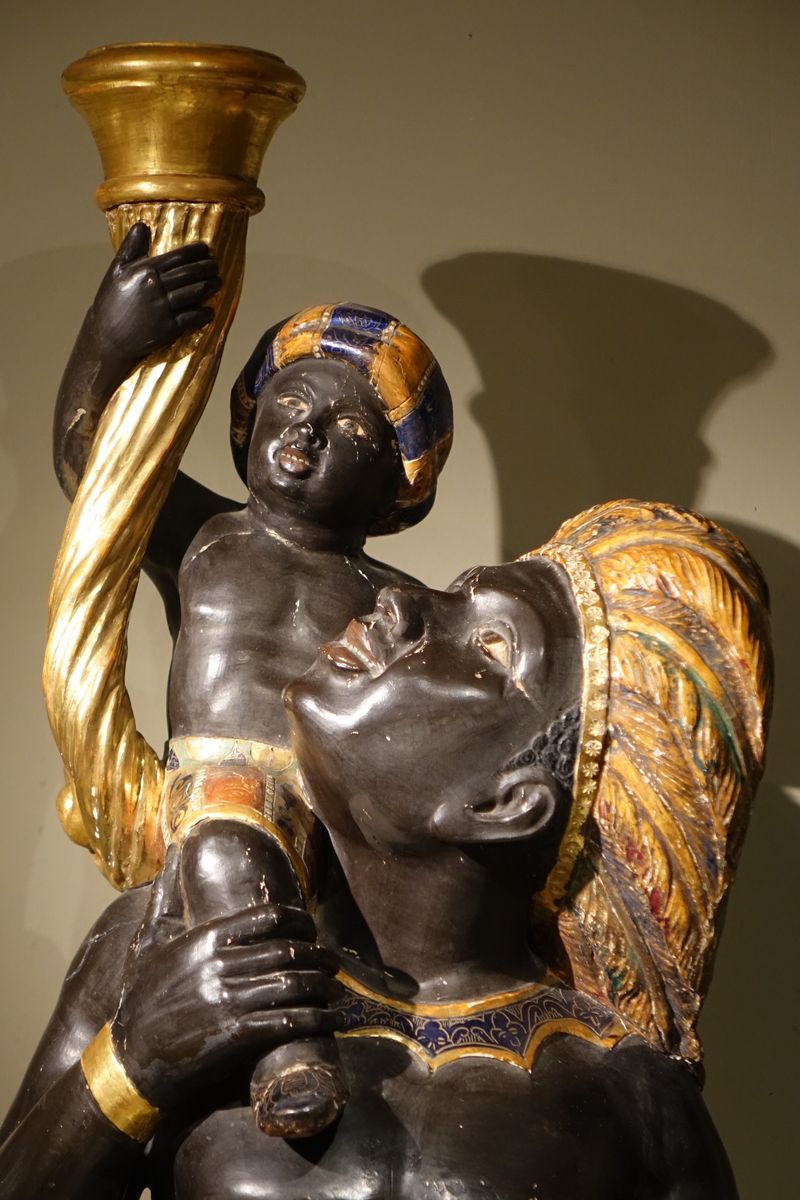