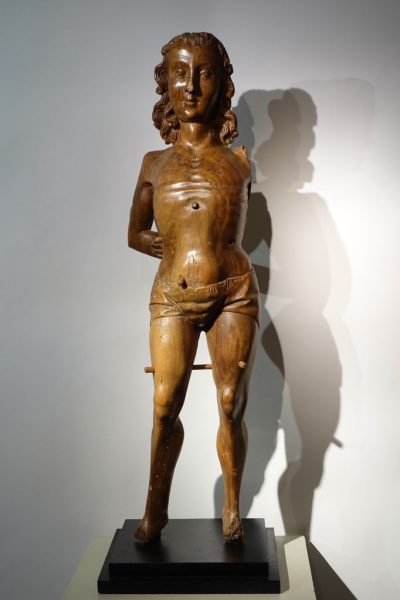 Sculpture in walnut wood carved with traces of polychromy.
Northern Italy, 2nd half of the 15th c.
Standing, hands tied behind his back, he presents a youthful face, framed by a hair with wavy locks, as it was worn during the Italian Renaissance.
Sebastian is a holy Roman martyr who lived, according to Christian belief, in the 3rd century. He was executed during the persecution of Diocletian for supporting his fellow believers in their faith and performing many miracles. He was tied to a pole and pierced with arrows, but miraculously survived and was killed with rods.
He is the third patron of Rome, along with Peter and Paul, and is also the patron of archers and policemen of the Papal Guard. He is also invoked to fight against the plague and epidemics in general.
Visible lacks, including the left arm and feet (which will be reintegrated by our workshop). 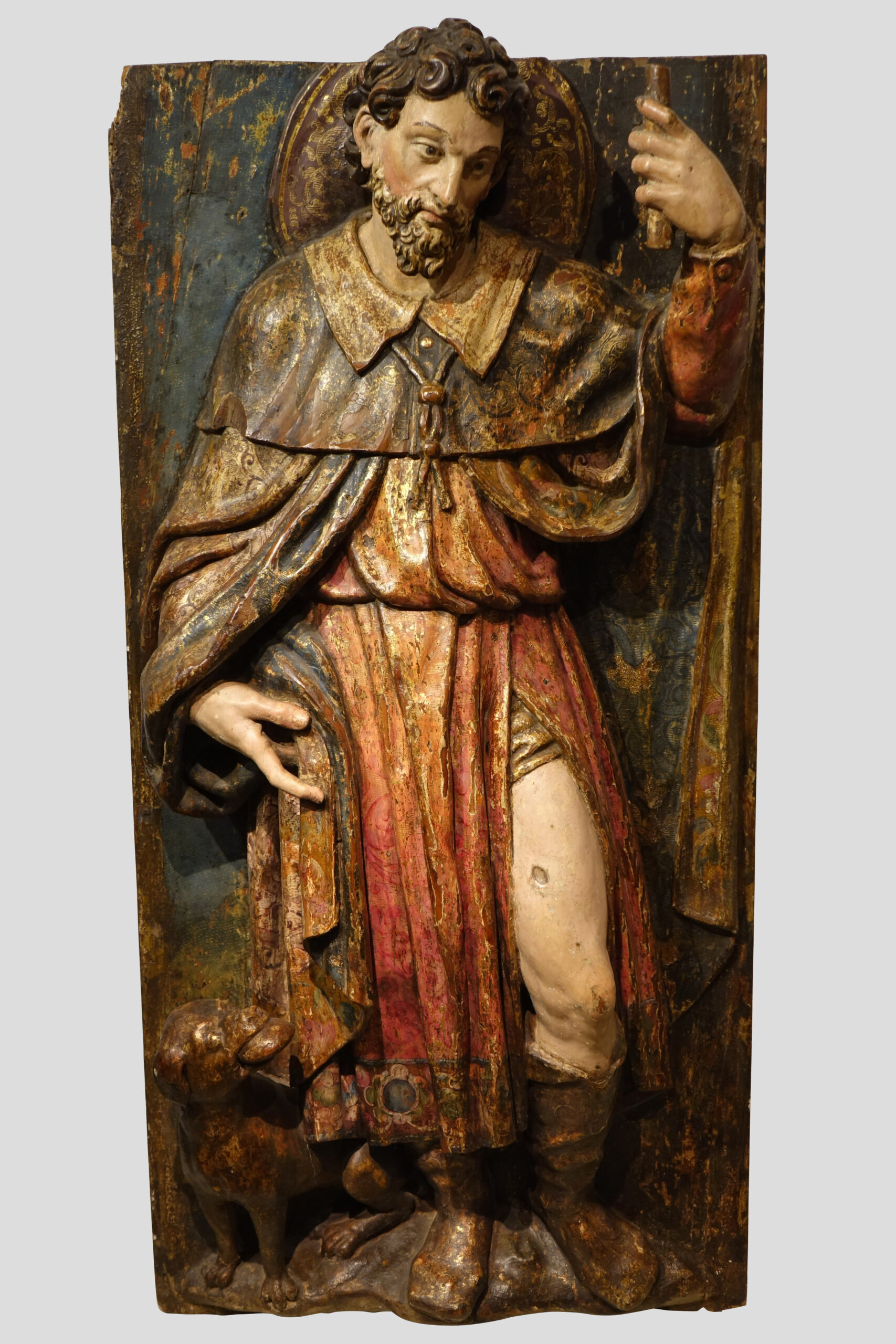 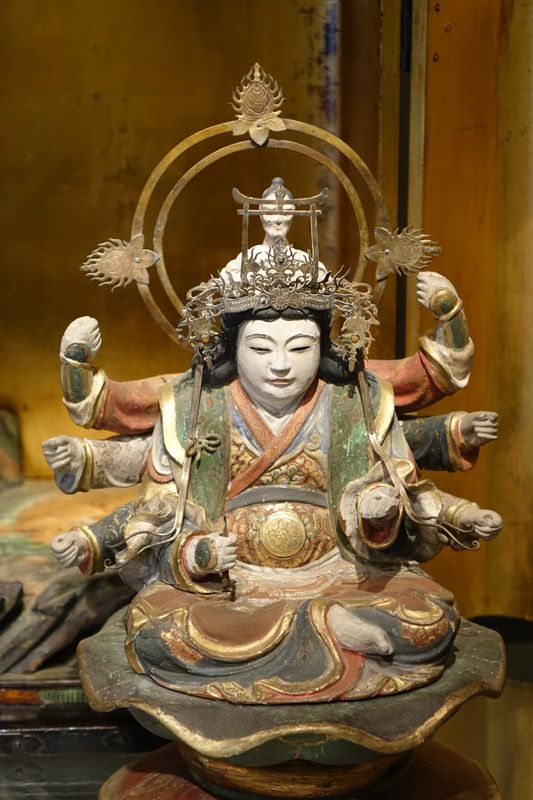