Sculpture in polychrome wood, gold and silver leaf, representing the archangel Saint Michael overcoming evil, personified here by Lucifer.
Michael is one of the seven major archangels (with Gabriel and Raphael in particular) of the Abrahamic religions (Judaism, Christianity and Islam). He is called archangel, or the chief Angel, in the Bible. His name comes from the Hebrew Mîkhâ’êl, and is designated as the “appointed protector of the Hebrew people” (Daniel 10,21;12,1).
Chief of the Heavenly Militia of the angels of the Good, he is mainly represented at the time of the End of the Times, striking down the evil, with the scales of the weighing of the souls, judge and guide of the salvation of the souls for Hell and Paradise (symbolic allegory of the victory of the Good on the Evil).He is the Patron Saint of Normandy, France, Germany, Belgium, and the Vatican since 2017.
Lime tree wood, southern Germany, or Italy. 17th c. 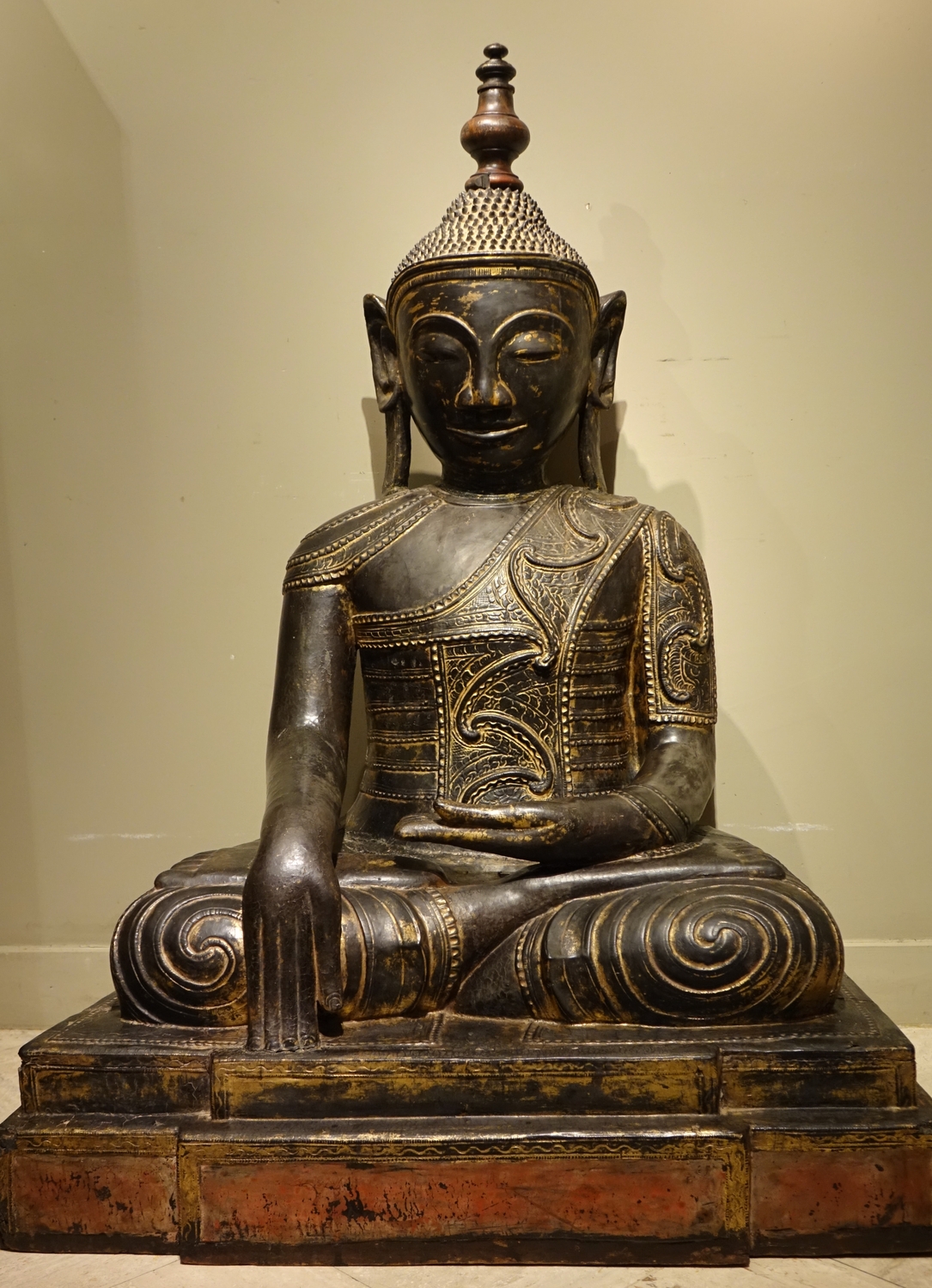 Large Madonna and Child on a throne , Spain Circa 1500 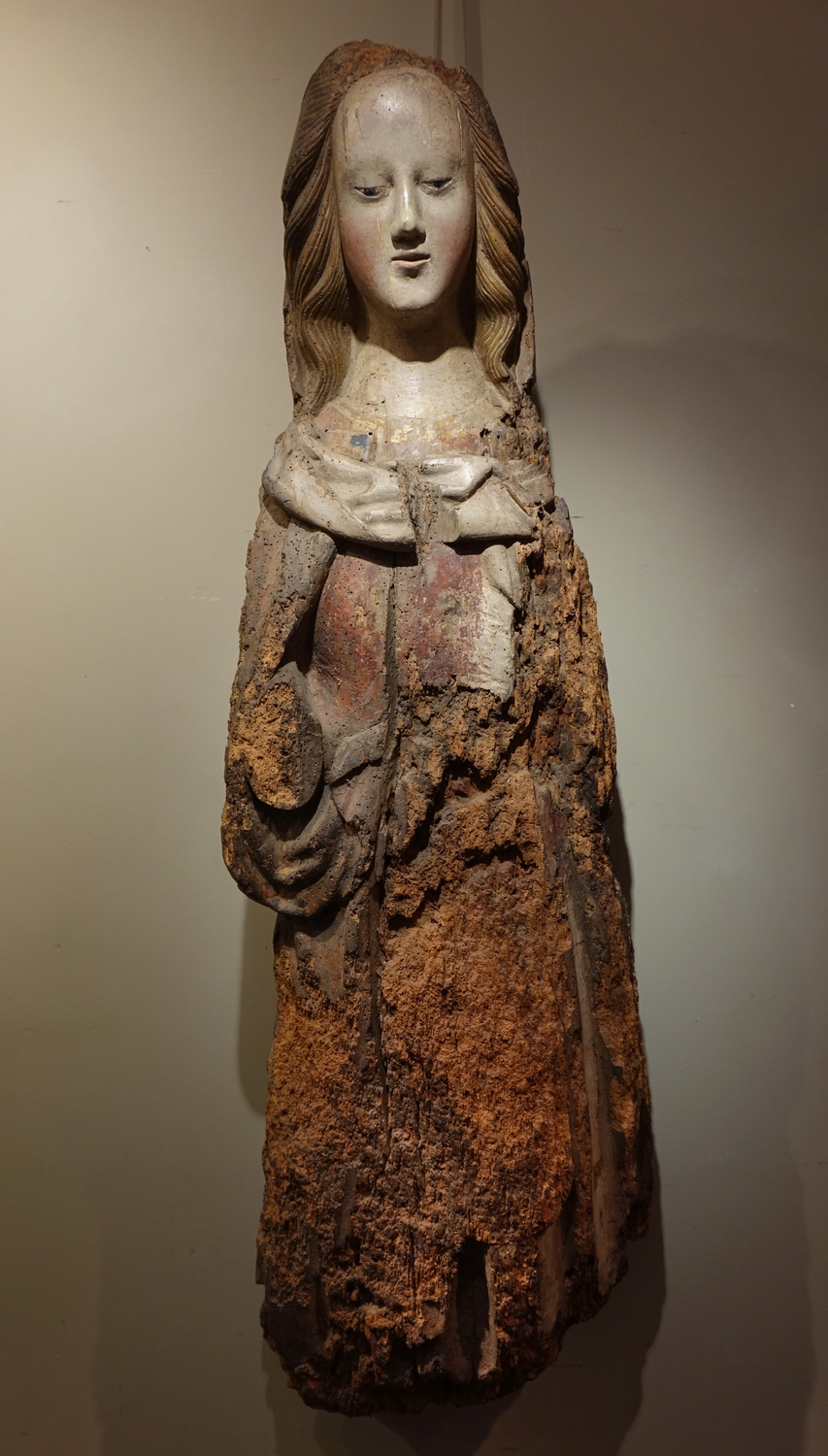 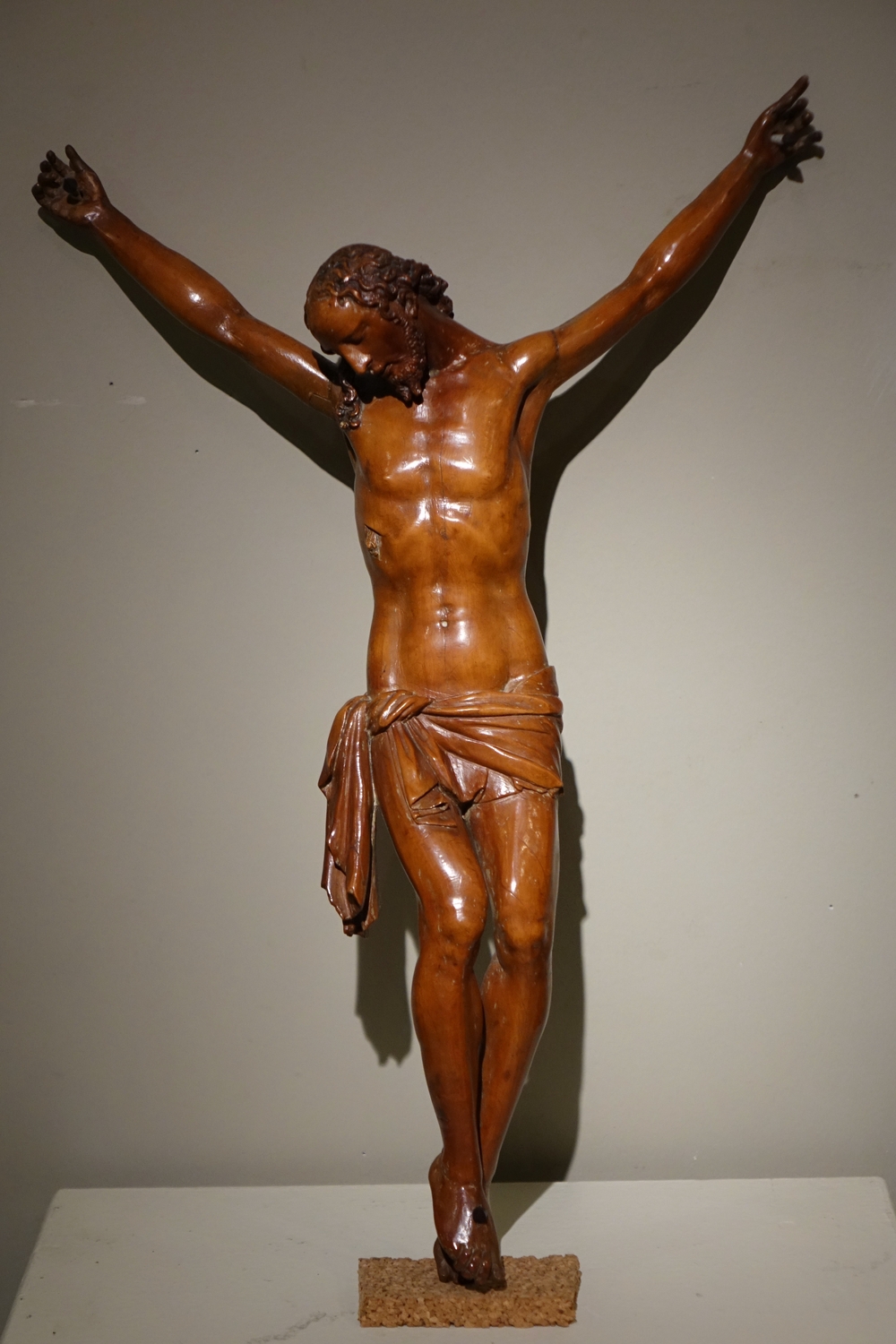