The Fainting of Esther French school circa 1720 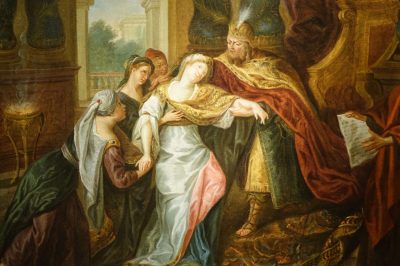 Oil on canvas representing Esther’s fainting, a subject represented many times from the end of the 15th century till the middle of the 18 century.
It was in seeking to intervene with Assuerus to save the Jews from the extermination that Esther, breaking the prohibition to enter the palace without authorization, fainted.
The king places his scepter on his wife’s neck as a sign of absolution (Additions to the Book of Esther, XV)
French school circa 1720
Relined and cleaned.
Beautiful period frame in carved original gilt wood. 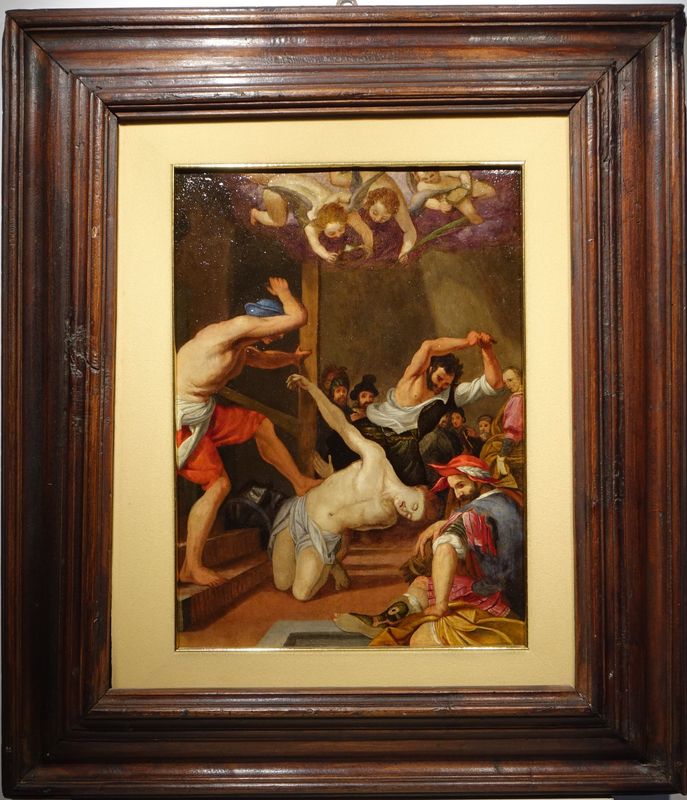 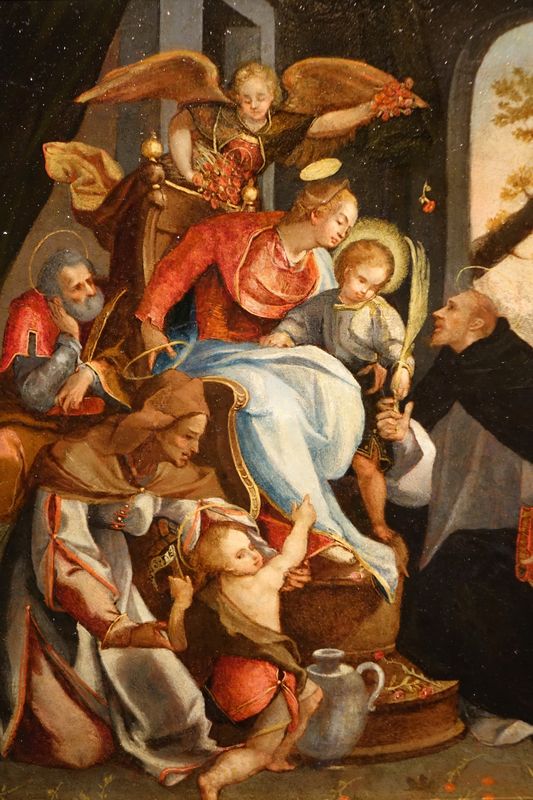 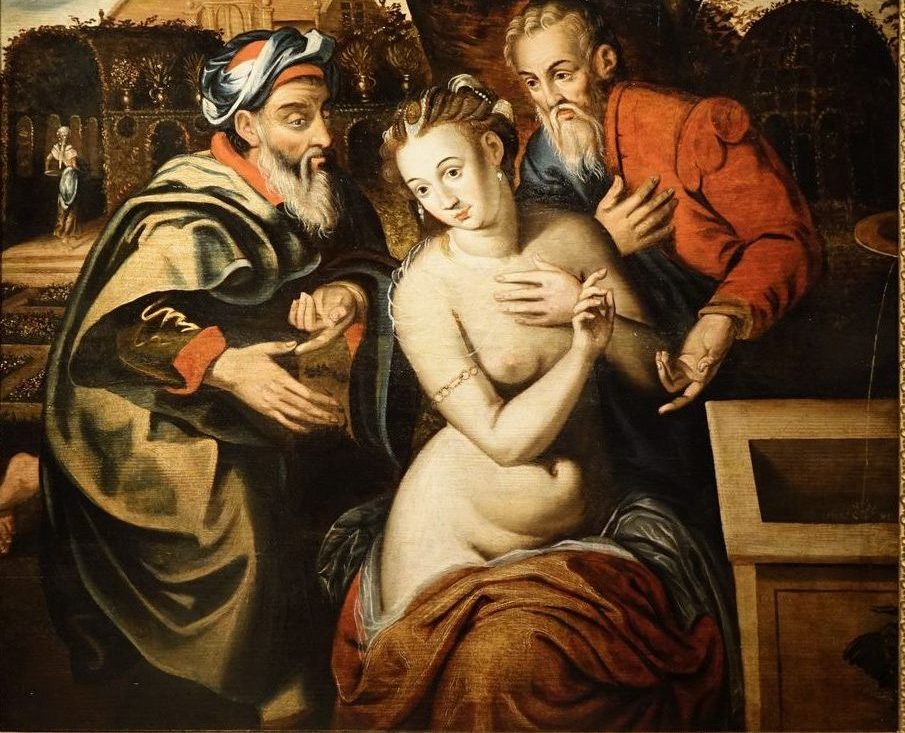 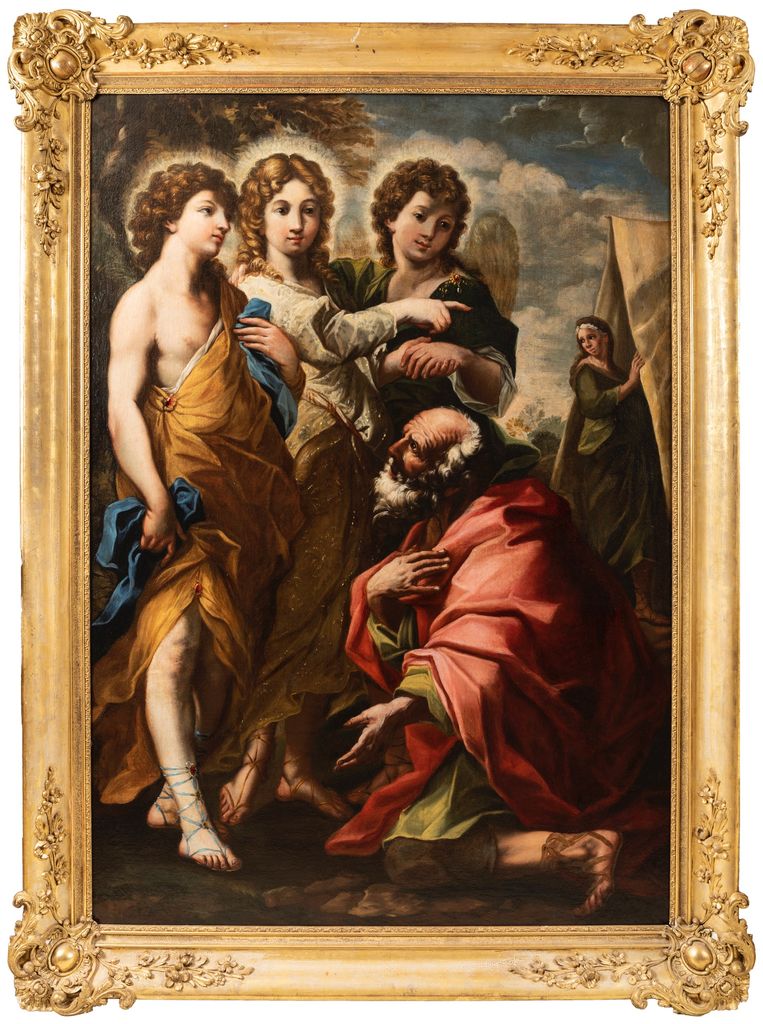