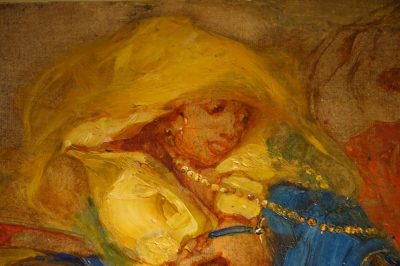 Oil on paper depicting Judith holding the head of Holofernes, which she has just decapitated with the help of her maid who is seen in the background.This theme, taken from the book of Judith, was much represented from the 17C. Judith enters the tent of Holofernes, an Assyrian general on the verge of an offensive against the city of Bethulia. He gets drunk to the point of losing consciousness, Judith decapitates him, and carries off his head. Oil on paper, dated 1919, illegible signature lower right. 38×36 without frame 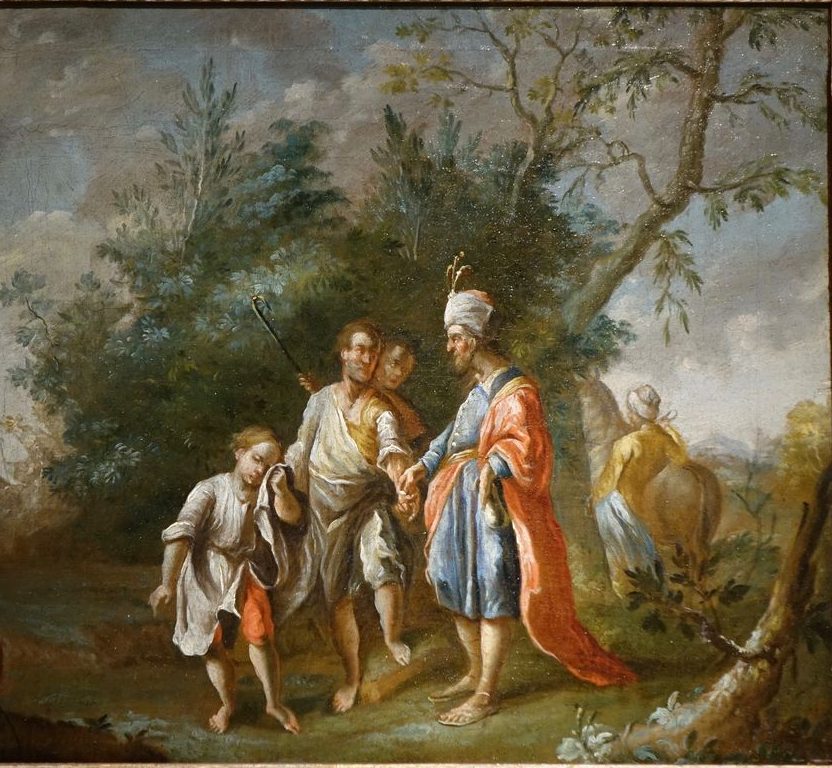 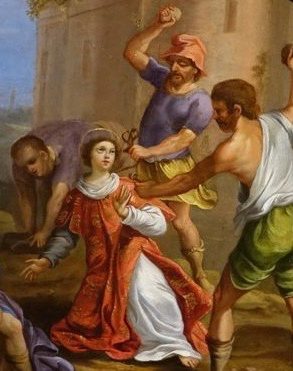