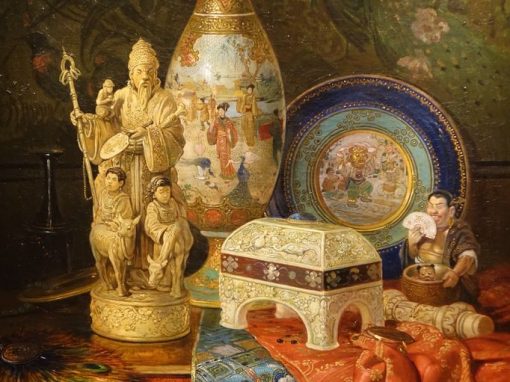 Still life on an inlayed entablature with mother of pearl, with several Chinese and Japanese objects ( statues, box, porcelain, fabrics) painted with great care; a fan with peacock feathers, all this in front of an embroidered fabric with animal motifs. Our painting is influenced by the fascination that 19th century artists had for the arts of China and Japan. This still life was probably made from objects collected,or collected,by the painter in the second half of the 19th century, in France or somewhere in Europe. German label on the back Gold-leaf frame